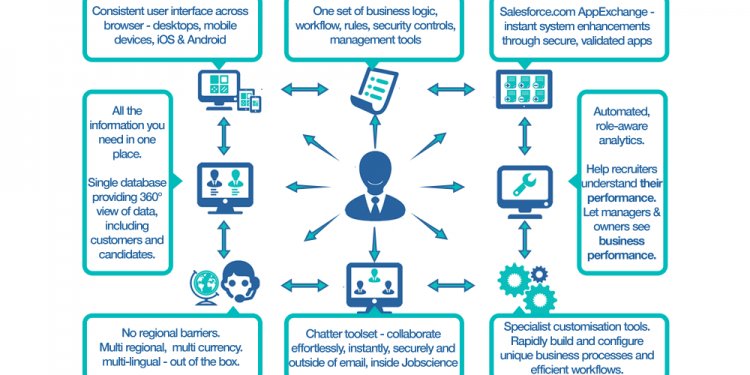 I want to take a look at an aspect of the UK software development industry that's deeply involved in arguably the most important aspect of delivering software code: recruitment agencies, and the part they play in enabling companies to employ good software engineers.

Over the past few months I've been helping the recruitment for a software firm. It's a small company that has produced award-winning products and is run by two smart and talented individuals. They have a decent amount of cash in the bank, a full order book, a lovely working environment, great people and are at the forefront of some very cool technology. (No, I can't name them.)

By rights, whenever I turn up to do a day's work at this firm I should first have to beat off a massive horde of software developers desperate to work there. Once through the door, I should then be toasting half the working day triaging emails with lovingly crafted and thought-out CVs and cover letters attached. This gig should, truth be told, be the easiest way there is to earn a day's consultancy income.

The reality is somewhat different. It's more like having your teeth pulled out while being forced to watch back-to-back episodes of The X Factor, A Clockwork Orange-style.

The assumption that we make is that it's actually the fault of recruitment agents. It's pretty easy to find employers and employees that have quite vitriolic views about agencies. I would actually go further than that, and to say it's quite difficult to find people who have been customers at either end of a recruitment agent who have anything nice to say about them as a profession. (I have, to be clear, worked with a number of individual agents who have served me very well, and who I've regarded as a trusty and required supplier.) The problem lies in the current ways that agencies work. So let's look at reframing the needs of candidates, employers and the agencies.

Picture the scene – you're in a classroom in a fairly regular British secondary school in the late 1980s. In front of you is the headmaster, a fairly stern individual who runs this secondary modern as if it were a public school. He's taken the time out of his diary to school all of the fifth form who are about to do their GCSEs in the art of jobseeking.

His role in this is to impart the importance of the covering letter and how critical it is to get your CV looking spick and span. More directly related to our discussion here is the process he outlined – which mainly centred around building a database of companies you would like to work for, writing a cover letter and hassling each of the companies in turn until one of them gave you a job.

Now, by a strange quirk of fate I've never actually gone through a recruitment agent as a candidate. I landed my first job through a personal referral and started my own business as my second move. My first real dealings with agencies in the UK was when I needed to employ people for my software company. I had an idea that it was an expensive process, so I was prepared for that – and we'll talk about money in a moment. What I hadn't expected was just how uninspiring the whole process was. What I was expecting to happen was that I'd place my job ad and people would come knocking at my door, cover letter in one hand, CV in the other.

What I actually got instead was a collection of same-y CVs, most of which the author wasn't able to tabulate or present coherently. The first few agencies I worked with just seemed to be punting people over based on some vague pattern matching against keywords in my requirements. After a while, luckily, I was able to find a good candidate, but I still – I guess – fear the process because it seems so at odds with what employers actually need.

The monetary cost of using agencies

It's 20% (more or less) – that is, the bounty you pay them for finding the candidate. If you're a software company which wants to employ two people at £36k a year, that's £14, 400. And the invoice lands on the first day that your new hires start, so straight off the bat you have to write that cheque. If that hire doesn't work out, you can get some of that back (called the rebate); but then you're back on the treadmill and up for another charge to the agency.

Agencies will negotiate, but be careful of the mistake that I made. If you beat an agency down to 12.5% and they have other clients at 15%, which do you think they'll put the most effort into? Another problem here is that agencies will adjust their rates depending on the state of the economy and the market. The softer the economy is – ie the time when the employer needs the lower rates – the higher the agencies rates go because there are fewer employers in the mix to pay the fees. It's our old friend supply and demand.

What about alternatives to agencies? Actually, there are none. Any method you might think of will end up costing more than 20% in actual cost plus hassle, and may also make you look on the crazy side of wacky.

Recruitment should be a beauty parade. It should be a, wonderful, magical process of just having a procession of dynamic and enriched individuals parading in front of an employer blowing people away with their awesome coding skills and fascinating personalities. It's not actually like that at all. Instead it's bland and boring. It's just a batch of CVs, perhaps with a summary statement that gives some insight into the individual (but most are hackneyed and same-y), and a list of technologies that the individual can handle to an arbitrary scale.

Yet really, why should the process be any different to how it is now? Agencies typically do not understand, in any important sense, anything about the job that they are trying to sell candidates into. Agents typically don't cut code, and in most cases never have. Also, the chief executives of these agencies aren't ex-chief executives of software companies. Their depth of understanding of the problem domain could be described as "shallow". I don't think this statement is unnecessarily hard. On the one hand agents are essentially salespeople who are running a numbers game. On the other hand, their job is recruitment, not software development. An agent will spend 40 hours a week trying to achieve their employer's objective – namely, earning commission through placements. The employer could direct her/him to spend 20 hours a week writing software and 20 hours a week placing candidates, but – well, that doesn't sound like a good business model to me.

Usually when individual contributors…
May 19, 2020